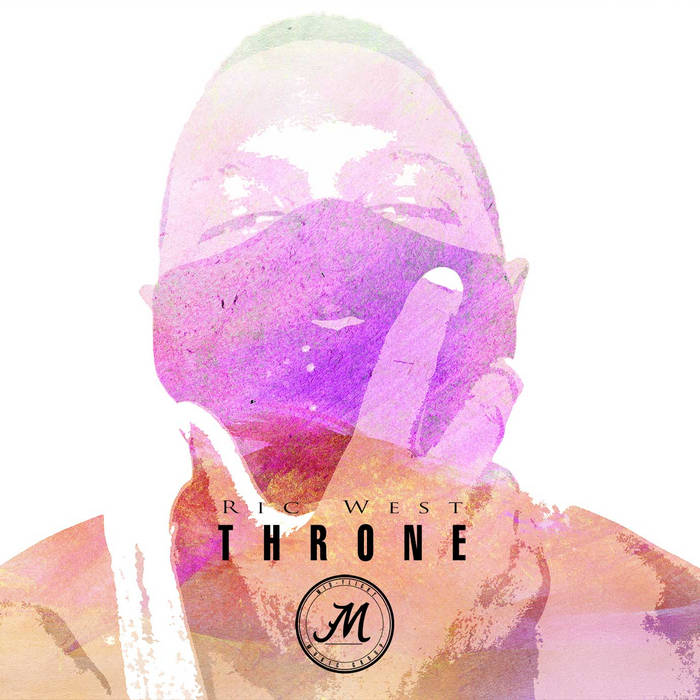 Lead single from the "Flight IV" EP. "Throne" continues the emergence of Ric West's dual personality battle of being rapper and businessman coming through in his music. The difference in theme of Ric and King West began on "Game of Thrones" and "Live Like Kings, Die Like G's"/"King Inside Me" off of the Married 2 The Game album where Ric is cocky and lyrical and King is more deliberately brutal and metaphorically layered.

The off-kilter drum pattern over the bass-heavy soundscape gives both space to spread their wings as the horns bring them together showing there is a king somewhere inside the young champion of Mid-Flight.

What's good? I'm the nigga with the ego
Check my statue, higher than the steeple
Mob meetings in the back with my people
Outsiders trying to peek in the peepholes
I'm still in the prime of my life, having the time of my life with a dime for the night
Drinking wine if it's right, or the crown with the sprite
Writing rhymes in the wind, spit the line of the night
I got more in store than The Waltons
You call him, Flight Don or King West
He do work like Anderson or Seacrest
The machine'll treat a nigga like a preset
Then we'll treat a jeep like a Loomis
Put bout five on ya like the Luniz
Old money...got that white boy from 1970s, Mila Kunis
I look right in a suit, but I feel better in the sweats and Nikes, laced loose
Poker faced - true, nigga face who?
Did about face when they gotta face truth, Ric

Strip parties in tellies, bad hoes, no bellies
Raps and liquor flow like Louisiana levies
I ride around ready, no matter what part he in
Make plays you can't draw like Fran Tarketan
Muthafuck the bull like John Starks and 'nem
Pull up in that dark like the NARCs and 'nem
No badges, but I'm official
Only my Lord and Savior is judicial, plus
It's so hard to be a fuck nigga
I'm in awe of all these fuck niggas
Then you justify it with a buck
Guess being a fuck nigga just wasn't enough, nigga
You Sonny Liston, I'm the greatest
After this evening, even if I'm missin'
I don't turn up for fame, I turned up the gain
On the condensor and hear the snakes hissin'
I chucked the deuce, up so many times
I don't know quite, what my other fingers do
Niggas heard the fat lady sing so much,
The audience wanna know what the other singers do
It's been over, we can point shave and still pull from the bench, it don't make good sense
Gold jewels and black clothes, G-Money and Nino, Flight Don, Gamespitta, Gru-don, Marino

[Ric West/King West]
No OG, I'm big dawg, I learned mine on straight grind
Ya'll mindstate, that's child play ,ya'll ending up on Dateline
Put my name on that grapevine, take Flight across them state lines
Say I ain't cold, you str8 lyin, check my watch, it's hate time
Work, I put in, put me in these moods, I just ain't built to lose
I might be crazy, I assume I got some missin screws
Victor Cruz, how I move like I got shit to lose
Need my daily paper, thinking bout some different news
All these bi bitches, all of my bitches
If you ain't tell me for the 3 way, tell me why bitches
Wouldn't say I got 'em on a leash but doggystyle at least
Try to run the Don out ya heart, I'm in it like a crease
No way that I cease, please, I'm Adrian P
Niggas thought I was hurt, I resurrected a beast
Stop, no, head honcho, all my hoes, Mike Honcho
I work, check, that smirk, yes, means real soon, I'll murk that
I'm Married 2 The Game, cocky at the altar
Be careful who you listen to, they'll get you slaughtered
They keep on gambling, we diggin holes in Shorter
She love my vibe, so she ride, how could I fault her?

They keep on gambling, we diggin holes in Shorter
She love my vibe, so she ride, how could I fault her?